....."volunteers dedicated to improving the world, one child and one community at a time"

Jim Mitchell was born on a farm in Illinois in 1921 and developed a passion for aviation.  Jim started flying in 1930s and eventually graduated from Parks College in Aeronautical engineering.  As a pilot Jim trained navigator/bombardiers during WW2.  Jim met his wife Carolyn during  military service while she was attending college at Texas State College for Women.  Jim and Carolyn married after the war and lived in St. Louis for over 50 years.  Jim loved trains, planes, autos but more importantly appreciated importance of education.

Jim was a Kiwanian in the Germantown Kiwanis Club from 2008 until the time of his passing in 2015.  Jim moved to Germantown in 2008 to be closer to his daughter and son in law, Laura and Steve Veesart.  Jim loved the time he spent with the children in all of the Service Leadership Programs, especially the Terrific Kids programs at various Germantown elementary schools but especially Madonna Learning Center.

At the time of Carolyn Mitchell's passing, Jim established a scholarship fund at his wife's alma mater.
In 2015 Steve and Laura Veesart started a scholarship in Jim's name.  The Jim Mitchell Scholarship is competitive and available to graduating High School seniors who are members of their high school Key Clubs in good standing 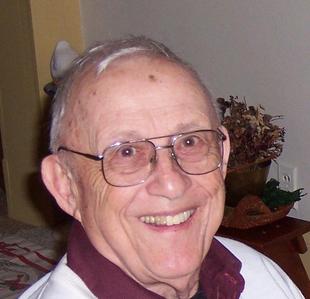